Eggless Mayonnaise Market , 2019-2027 by Segmentation: Based on Product, Application and Region 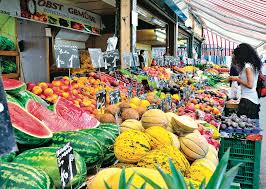 Mayonnaise is a condiment that is used to influence or enhance the flavor of many foods across the world. Traditionally oil, egg yolk and vinegar or lemon juices are used as the base ingredients in preparing mayonnaise, wherein the emulsifying properties of egg yolk stabilize the oil and water emulsion. Eggless mayonnaise is a variant to this traditional variety and uses emulsifying agents such as soy protein in the place of egg yolk.

The increasing popularity of eggless mayonnaise is a result of various factors primary of which is the dietary shift towards plant-based products away from animal-derived products. This shift is prominent in the developed regions and is an extension of the growing health consciousness among consumers.

The more healthy nature of the eggless mayo can be demonstrated by the fact that eggless mayonnaise contains approximately 19% lesser calories than normal mayonnaise. This reduction in calorie content is significant due to the increasing consumer focus on controlling lifestyle diseases and in weight management.

The other important factor that governs the market is the increasing number of vegans across the world. As per the surveys of the vegan society, the numbers of vegans in U.K. have increased by over 360% during the 2006-2016 period. This increase is not a random phenomenon but is complemented by increases across the world, with vegan-based products considered a mainstream trend in certain regions.

The eggless mayonnaise market also faces certain regulatory restrictions. These regulations are mainly centered over the legal definition of the word mayonnaise and inclusion of egg. For instance, FDA issued a warning letter to Hampton creek, which is a major eggless mayonnaise manufacturer, that its product cannot be called as mayonnaise since it does not contain egg. Despite the fact that the FDA later withdrew this restriction, the confusion over the terminology is a drawback for the market.

Browse more detail information about this report visit at at https://www.transparencymarketresearch.com/eggless-mayonnaise-market.html

The eggless mayonnaise market can be segmented on the basis of ingredient type, packaging and distribution channel.

On the basis of the ingredient type, the market is segmented into soy protein, pea protein, and others. Several popular and emerging brands use pea protein as an emulsifying agent in the place of egg yolk. The rapidly increasing demand for soy-based products is expected to drive the market in a significant fashion. On the basis of packaging type, the market is segmented into glass jars, plastic containers, and pouches. The growth and size of each of these segments is a function of the region in which they are marketed, the convenience offered and the relative pricing.

On the basis of the distribution channel, the market is segmented into hypermarkets/supermarkets, convenience stores, online and others. The hypermarket/supermarket segment occupies the major market share and is expected to show robust growth, especially in the developing regions. Several convenience and whole-foods stores are also expected to show strong growth given the vegan/vegetarian nature of the product.

North America and Europe dominate the market due to the increasing demand for plant-based foods and a generally high consumption of mayonnaise. The market isn’t well established in Latin America despite the popularity of traditional mayonnaise in the region. The market is relatively minor in Asia Pacific but is expected to record rapid growth owing to increasing consumption, retail penetration, and urbanization. The other important aspect of the market is its popularity in certain regions such as India.

Request For Custom Research At https://www.transparencymarketresearch.com/sample/sample.php?flag=CR&rep_id=22814&source=atm

The rapid growth of eggless mayonnaise consumption in India is largely attributed to the large vegetarian population and various social and religious conventions of the country. It is estimated that over 80% of the mayonnaise sales in the country are occupied by eggless variety.

The report offers a comprehensive evaluation of the market. It does so via in-depth qualitative insights, historical data, and verifiable projections about market size. The projections featured in the report have been derived using proven research methodologies and assumptions. By doing so, the research report serves as a repository of analysis and information for every facet of the market, including but not limited to: Regional markets, technology, types, and applications.

The report has been compiled through extensive primary research (through interviews, surveys, and observations of seasoned analysts) and secondary research (which entails reputable paid sources, trade journals, and industry body databases). The report also features a complete qualitative and quantitative assessment by analyzing data gathered from industry analysts and market participants across key points in the industry’s value chain.

A separate analysis of prevailing trends in the parent market, macro- and micro-economic indicators, and regulations and mandates is included under the purview of the study. By doing so, the report projects the attractiveness of each major segment over the forecast period.

Highlights of the report: A complete backdrop analysis, which includes an assessment of the parent market Important changes in market dynamics Market segmentation up to the second or third level Historical, current, and projected size of the market from the standpoint of both value and volume Reporting and evaluation of recent industry developments Market shares and strategies of key players Emerging niche segments and regional markets An objective assessment of the trajectory of the market Recommendations to companies for strengthening their foothold in the market

Request for TOC of This Report visit at https://www.transparencymarketresearch.com/sample/sample.php?flag=T&rep_id=22814&source=atm